Over 1400 inhabited islands. Over 800 distinct languages. An independent country since 1975. Over 1,000 anthropological-distinct cultures. 27% Roman Catholic. 21% Lutheran. 11% other Christians. Along with the Amazon basin, home to some of the last remnants of Stone Age civilizations. Six degrees south of the Equator. Stunningly beautiful natural tropical paradise. Abundant natural resources including gold and oil. Crocodiles, snakes, and the Bird of Paradise—both the plant the the actual bird. High crime. Highest domestic violence rate in the world. Deep governmental corruption. Virtually non-existent infrastructure. 80% of inhabitants have no electricity or access to clean water. Unbelievingly hospitable people. Deep vulnerability to development and exploitation by businesses of other nations. These are a few of some of my amateur observations after spending a couple of weeks in Papua New Guinea (PNG) last month (plus another week of travel to/from).

The NC Synod of the ELCA and the Yabim District (Yabim, Jabim, Jabem—even in official church publications, we saw it spelled at least this many ways) Evangelical Lutheran Church in Papua New Guinea (ELC-PNG )have been global companion synods since the ELCA began in the late 1980s. From the early 90s until around 2009, we had a lively relationship, despite communication difficulties. At about the same time, the NC Synod budget tanked and NC Synod energies were diverted in other directions while the ELC-PNG was going through a deep corruption scandal resulting in their losing the shipping business which supported much of their budget. Then new leadership emerged for the ELCA, for the ELC-PNG, for the NC Synod, and for the Yabim District.

Led by the churchwide expression of the ELCA in 2016, the four ELCA synods with companion relationships in PNG began planning a consultation in which we would each take three representatives to PNG to renew and define relationships. Those reps, we agreed, would be the bishop, the bishop’s assistant with the portfolio of global companion synods, and at least one person under 30 and at least one woman. So, for our synod, that necessitated me and assistant to the bishop, Pastor Phil Tonnesen, which meant we needed a female under-30 person. Given the unknowns and potential dangers of travel in this situation, not to mention the awkwardness of two 50-something men potentially sleeping in the same room and sharing facilities with an under-30 woman, I decided to ask Julie Tonnesen, a seminarian and campus minister here in the NC Synod, who also happens to be Phil’s daughter. Thankfully, her internship congregation of Macedonia in Burlington granted her these three weeks away at the beginning of her time there.

During the initial consultation, we engaged as a large group with our companions in an ELCA-led contemplation of the accompaniment model of relationship in which we mutually learn from and support one another. This was challenging, as most of our PNG companions called us missionaries and expressed longing that we would return to sending dozens of pastors, doctors, and teachers from the U.S. In fact, they had prepared a specific proposal beforehand about what projects they needed money for. This is exacerbated by the fact that they also have a companion relationship with the church in Bavaria, and that church in fact regularly sends large amounts of money to the ELC-PNG. I think we were able, with a lot of hard conversations, to come to some understandings about how we move forward accompanying one another in ministry.

Still, even with cell phones, the Yabim District does not have email. There’s a 14-hour time difference. Talk and data plans are expensive. The postal service is unreliable and terribly slow when it does work. Our first priority is communication. You can’t be in relationship without communication. We arranged with their “Churchwide” ELC-PNG office with whom the Yabim District shares a compound to use their internet connection to make that resource available to Yabim District leaders. We have a conference call scheduled for November to catch up. Other ways that we might be helpful up front might be in helping pastors’ families attend school. Even with a “free” education, as in the U.S. there are family costs involved, estimated to be around $300 per student per year. Borrowing from the Virginia Synod’s PNG relationship with another district, we will encourage our NC congregations to “adopt” a Yabim District pastor to help pay for a child’s education. Even many of our smallest congregations might be both inspired and able to adopt one student. I believe that, as in all cultures, education is a key to a hopeful and better future—especially for females, and especially in a country like PNG.

I wish you could have seen the first female seminarians in PNG as they met Julie Tonnesen as a woman preparing for ministry. The ELC-PNG currently does not ordain women, but the presiding bishop is in favor of it. Those young seminarian women are pioneers, and Julie’s and Pastor Kelly Bayer Derrick of Virginia’s presence in clerical collars was immensely moving and transformative. Though Julie initially received a sound that they make in PNG indicating disapproval at our first meeting, I asked her to preach at our closing devotion the last day, and she was warmly received. Baby steps.

Most of our time we followed this path:

There’s obviously much more I could share, but after 10 full years of relationship hiatus, this was a good way to start again. We hope and are covenanted to bring four Yabim District folks to NC in 2021. We hope to develop and sign a more formal covenant between the NC Synod and the Yabim District that clarifies our commitments and accountability to one another. Julie, Phil, and I are grateful to have been the ones to represent the NC Synod in PNG and in this new beginning, and we look forward to creating a new PNG task force to expand, oversee, and deepen this relationship.

Privileged and blessed to walk with you, 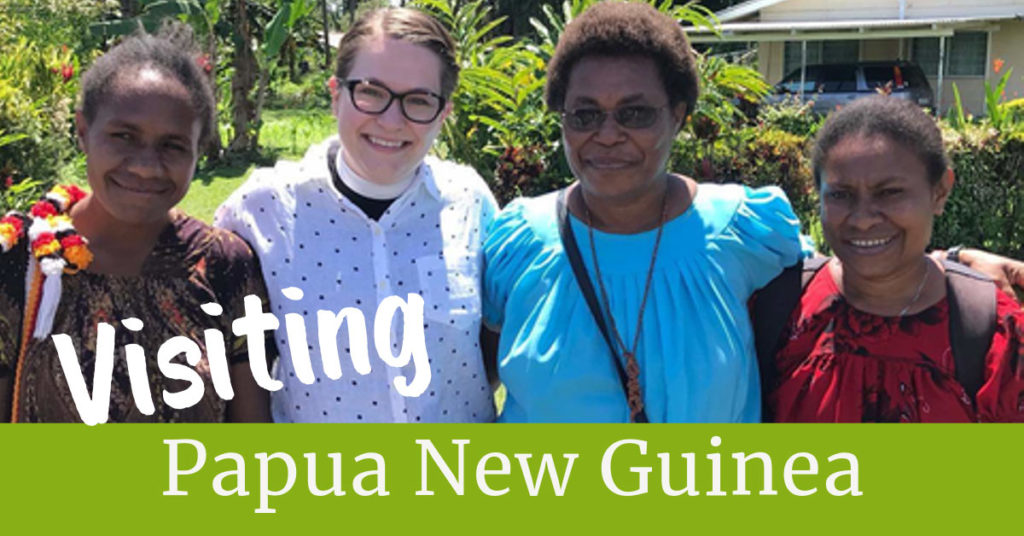 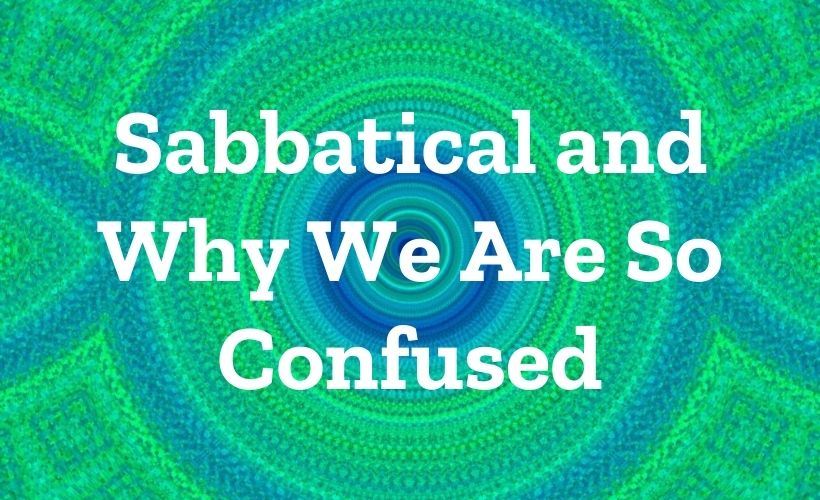 Sabbatical and why we are so confused 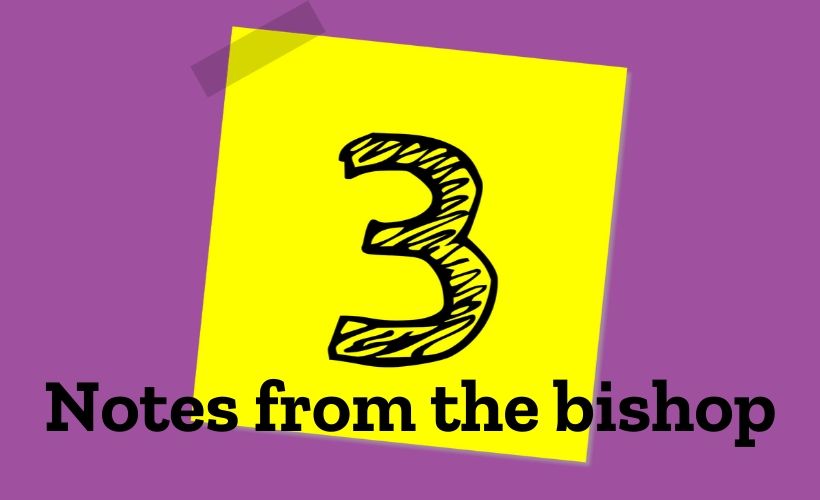 Three notes from the bishop