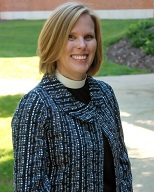 In these verses we Lutherans often hear strong echoes of our Reformation confessions around justification by faith. But just what that those echoes mean in Paul’s world cannot be distilled so readily. An odd Greek phrase appears in verse 22, dia pisteos Iesou Christou. In Greek, the phrase is rich and complex, just like our experiences of God’s grace, of faith, and perhaps most importantly, our neighbor’s faith. This phrase, often translated “through faith in Jesus Christ,” could just as easily be translated “through the faith of Jesus Christ,” or “because of the faith of Jesus Christ,” or“ through the faith Jesus enacted,” or “through the course of Jesus’ life.” All of these translations are accurate, but all of them also describe different, important aspects of what it means to be Jesus followers.

In verse 28 we hear the great catch-phrase of Lutheran theology—a bumper sticker slogan for Lutherans, if you will—“we argue that people are made righteous by faith apart from works of the law” (my translation).What we often then infer into this statement is that those who follow the Jewish law do not understand faith as the basis for righteousness. But what we often miss is that Paul is NOT making a distinction between how Jews understand salvation and how Christians understand salvation. Rather his argument is about how both Jews and Gentiles who follow Jesus could possibly be worshippers of the same God. At that point in history, people of different ethnic/national/racial backgrounds generally did not worship the same gods. The problem was not Jews’ continued adherence to the law, but rather how to understand Gentiles’ (that’s most of us) relationship with God, period. Paul wasn’t trying to get everyone to simply give up the law because of Christ. Remember that Paul describes himself as thoroughly, righteously, and unapologetically Jewish (Phil. 6xxx). Paul and the churches at Rome were trying to figure out how Gentiles (Gentiles is actually a term for “different nations,” not a term for “non-Jews”) can be as thoroughly, righteously, unapologetically in relationship to God as he already is.

In Galatians and elsewhere in Romans, Paul argues that our relationship to God begins with faith, just as it did with Abraham. This means that we need to re-consider how we characterize the faith of our Jewish brothers and sisters. Must our great hope, joy, and consolation in justification by faith be based on rejection of Judaism or any other Christ-following group? Do we really need to understand our faith in contrast to Judaism or other kinds of Christians? Or is there a way for us to think about the free gift of grace through faith as a gift without contrast or competition? Note that verses 30–31 suggest that even those who practice circumcision (i.e. follow the law) have faith as well. For Paul, faith is precisely what keeps the law in place. Our differences are part of our strength as followers of Christ.

Creator of the endless stars, you created faith as an equally endless gift. Give us grace enough to love our differences, to know faith in its fullness, and to share that faith without condemnation of others. Christ, be our guide, our reason, our example of faith, our hope in whom we trust. Amen.

–The Rev. Dr. Katherine A. Shaner is Assistant Professor of New Testament at Wake Forest University School of Divinity in Winston-Salem. She is also an ordained pastor in the ELCA. She enjoys digging in the dirt, whether in her garden or on an archaeological excavation. She also hikes, cooks, and listens to jazz with her spouse, Jonathan Miller, and her dog, Karl Bark.