Gathering to worship and celebrate Gathering to worship and celebrate

The 2019 NC Synod Assembly participants gathered to worship despite the tornado watch and pouring rain. Lutherans trickled into First Presbyterian Church, Greensboro, to the sounds of John Alexander and his trumpeting organ filling the sanctuary.

The musical offering allowed those present to reflect on the 40th anniversary of the ordination of women of color in the ELCA. In particular, we gathered to celebrate the leaders of our own synod:

As the final prelude chord echoed throughout the sanctuary, the Rev. Dr. Danny Massie welcomed us to his home church and asked us to gather passionately, but to resist the urge to nail anything to the church doors. This brought laughter from those assembled.

The Reverend CeCee Mills led us in the Thanksgiving for Baptism. After this, the sanctuary erupted in the familiar and holy rumble of passing of the peace, an image that Bishop Tim Smith would recall during his sermon.

Bishop Tim Smith told us that peace used to be passed by a kiss on the lips. Though this tradition has evolved, he proclaimed that the purpose remains the same. We should not dare to kneel at the foot of the cross and taste the body of Jesus Christ if we cannot, for at least one moment, love and be in communion with every brother and sister of Christ. No trivial nor monumental dispute should divide us when we are at worship. One body, one spirit, one blood.

The Rev. Dr. Beverly Wallace led the Prayers of Intercession before Bishop Smith spoke the names of the rostered leaders from the synod who have died since last year’s synod assembly. Each name was followed by a tolling bell that rang through the room and our hearts. We remembered:

Offering was collected for the benefit of ELCA World Hunger while Laura Buff Alexander led the choir in the offertory hymn, “Precious Lord, Take My Hand.” Laura Buff Alexander and John Jahr gave their musical gifts to God throughout the service. The Litany for the 40th Anniversary of the Ordination of Women of Color was led by Bishop Smith and the Rev. Ruben Duran.

Keeping in mind the Bishop’s call to unity and our Lord’s invitation to the meal, we communed. The Rev. Margaret Herz-Lane presided over the meal assisted by the Rev. Dr. Beverly Wallace and the Rev. Lucille “CeCee” Mills.

After communion, we prayed and were blessed. A joyful rendition of “Hallelujah! We Sing Your Praises” was sung by the people as the service concluded before John Alexander once again filled the halls with a grand postlude.

Watch the video of assembly worship. 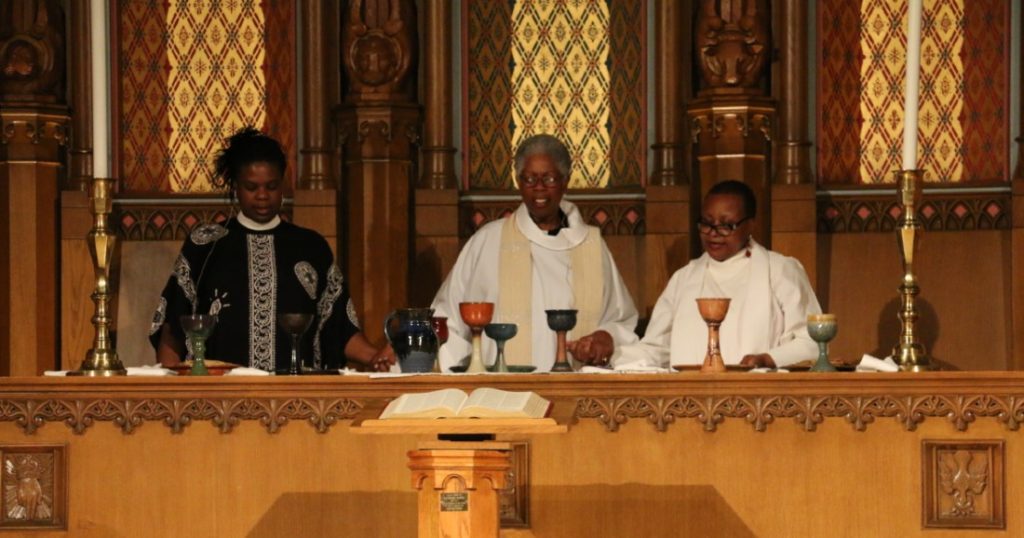 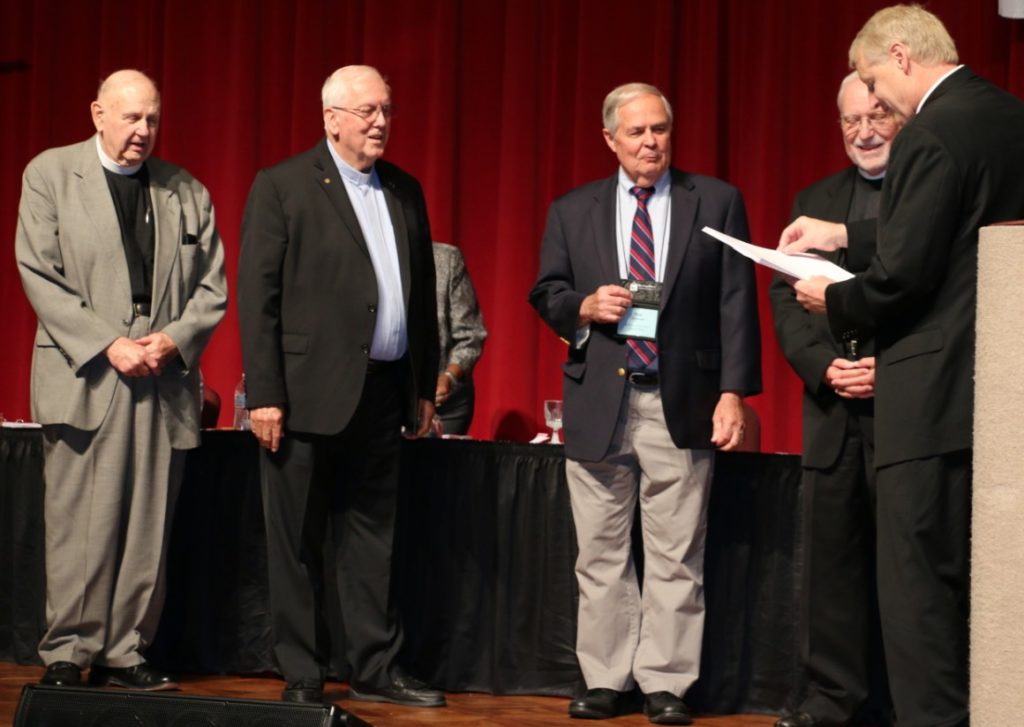 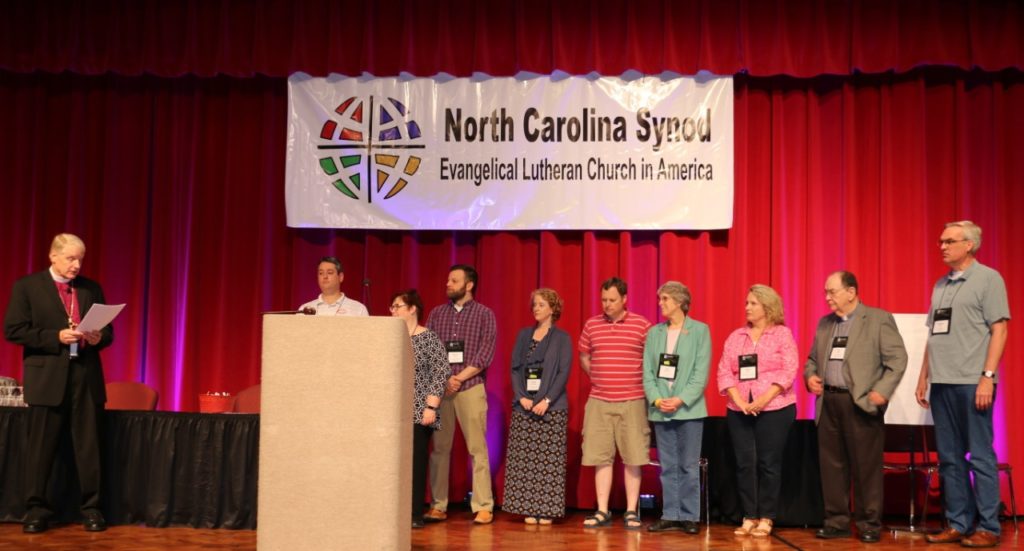