“I can’t breathe.” So it was for lumps of clay at creation that God called human beings. So God breathed breath into them, animating them, empowering them—in short, giving them life. But not only life like all of the other plants and creatures. No, these creatures were special, made in the very image of God, and thus entrusted with moral deliberation and choices that would have implications for their perfect relationship with God, with each other, and with the creation itself. Recently we marked well over 100,000 deaths in the U.S. alone due to COVID-19. We’re also witnessing a boiling point, or as Dr. Shanitria Cuthbertson in her Pentecost sermon described it on so many levels, a “lament within a lament.” Racial injustice and tension have passed a kairos tipping point due to the systemic racism that treats black lives at best as sadly expendable and at worst blatantly deplorable.

How ironic that the simple and desperate statement is the same for those who have succumbed to COVID-19 and those whose black and brown lives have been snuffed out in public view in an endless litany… Ahmaud. Breonna. George…“I can’t breathe.” Even worse is that only now are many white people beginning to have even a glimpse into what our image-of-God sisters and brothers have long endured. It’s so easy to look the other way when it’s not me or my relatives. Privilege quietly and even subconsciously relishes having the upper hand and then numbs itself to any narrative other than the status quo. Actor Will Smith’s 2018 quote rings all the more true today. “Racism is not getting worse. It’s getting filmed.”

If we once were blind, but now we see, we can no longer claim, like nearly all of Germany after the revelation of the horrors of concentration camps, that “We didn’t know.” Now we see, even in our carefully-crafted plausible deniability. Over. And over. And over again. “But protest is one thing! Rioting is another! They’re losing all their credibility by rioting!” How many times have I heard and read that? And then I remember that Colin knelt. LeBron wore the shirt. Even I, white-privileged straight male that I am, have marched and protested publicly five times in five years for racial justice. But Colin was run out of the league by the system. LeBron was actively chastised on social media and risked losing his lucrative advertising contracts. And in my NC Synod world, one of our congregations, since I have been bishop, has held a disaffiliation vote that garnered more than 50% yet failed to achieve the needed 2/3, citing in writing to me as their chief concern that the ELCA website said “Black Lives Matter,” and “Black Lives Matter is a terrorist group.” I don’t—we don’t as the ELCA or NC Synod—ever condone rioting, violence, and destruction of property. Still, history helps us understand how oppressive systems have changed.

2000 years ago Jesus, the Prince of Peace, in a righteous rage over temple abuses, destroyed property by turning over tables and driving out the moneychangers with a whip. 500 years ago Martin Luther was depressed and full of regret over how his theological upheaval stirred up Germany and western Europe first with the peasants’ revolt (wild rioting, looting, and violence) and later (after his death) in the 30 Years War. People who feel the weight of not being seen, heard, or valued, like little children acting out because any attention is better than no attention, can abide generations of not getting their way. What we cannot long abide, personally or collectively, is not being seen, heard, or valued. Martin Luther King rightly observed in September of 1966, even while calling for an end to the violence, that “A riot is the language of the unheard.” 250 years ago, the cries for liberty rang out in the beginning of the birth pangs of this country. The Boston Tea Party, which we so revere as part of our beloved American identity and history, was nothing less than a very-much-against-the-law riot that included from its inception the destruction of property. The French Revolution followed with the storming of the Bastille in 1789. Just over 100 years ago, the Bolsheviks led the Russian Revolution and the overthrow of the monarchy. The oppressed, given no voice, will eventually be heard, positively or negatively.

“Politics,” as Sam Wells, former Dean of Duke Chapel and now vicar of St. Martin-in-the-Fields in London, succinctly puts it, is “the name we give to resolving differences short of violence.” I stand with one of my acquaintances in Atlanta, Andrew Young, who condemns the violence of protests happening now, but I’m also very much aware that the cause of justice cannot be squelched. “The arc of the moral universe is long, but it bends toward justice.” (Martin Luther King) If all the protesters, and yes, rioters, are shut down by the law and order of the privileged powerful, the very stones will cry out. Politically or violently, revolution ensues. Nothing new here. Only history we have not yet learned or internalized.

“You shall know the truth, and the truth shall make you free,” says Jesus in John 8. In a world of power structures increasingly built on spin and subjective narrative meant to hide, deceive, and control, truth seems, at best, an elusive pursuit. But every now and then, despite the deception and misdirection of the privileged powerful, we get a glimpse. A man who, like our Lord hanging on the cross, can’t breathe, and suffocates at the hands of the powers that be. At least one truth is coming into painful and compelling focus for me. None of us will be free until all of us created in God’s image, redeemed in Christ, and endowed with certain unalienable rights—life, liberty, and the pursuit of happiness among them—are free. 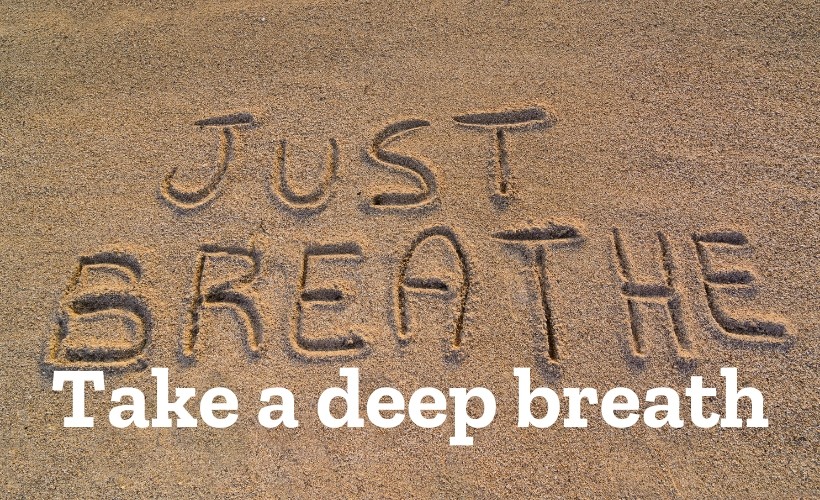 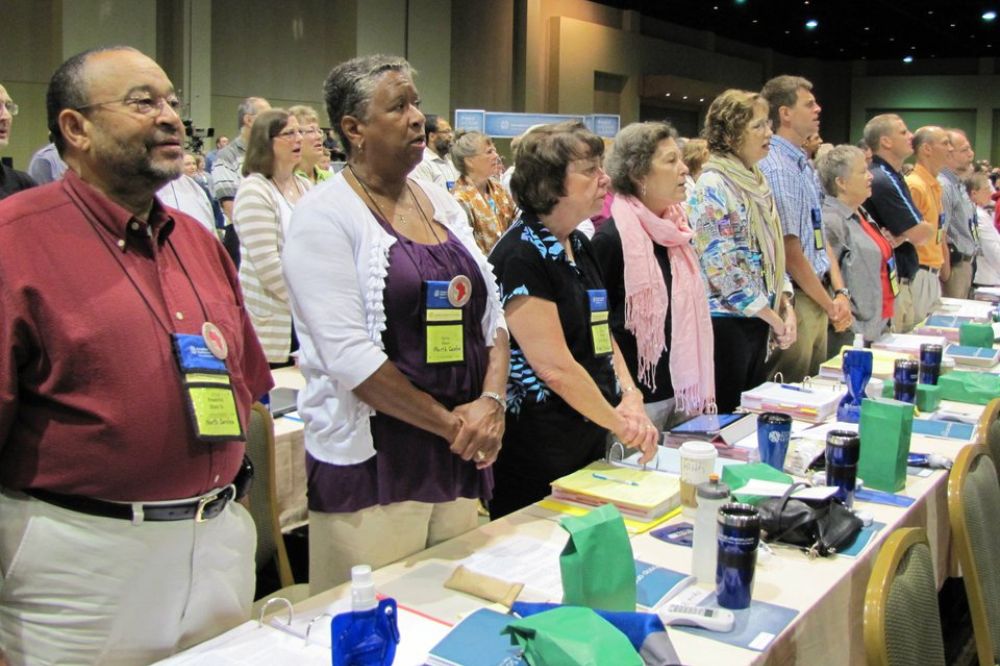 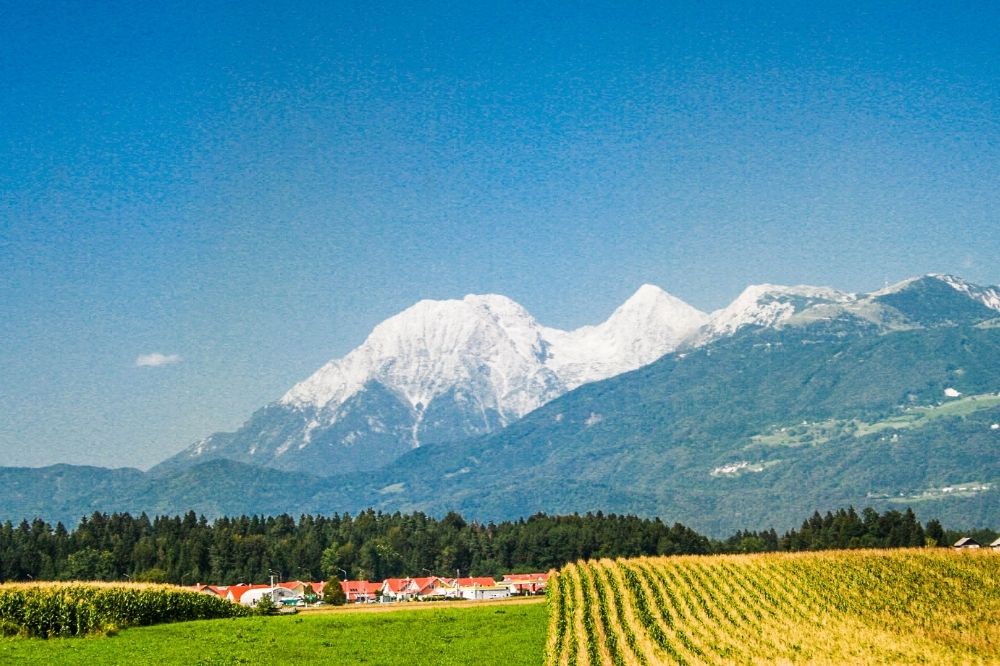 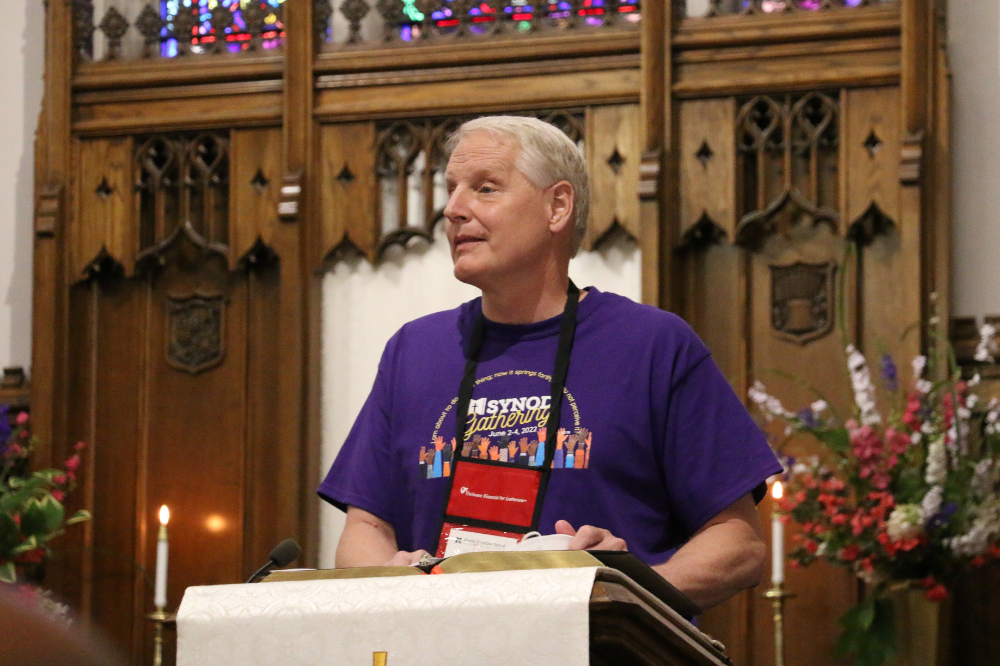